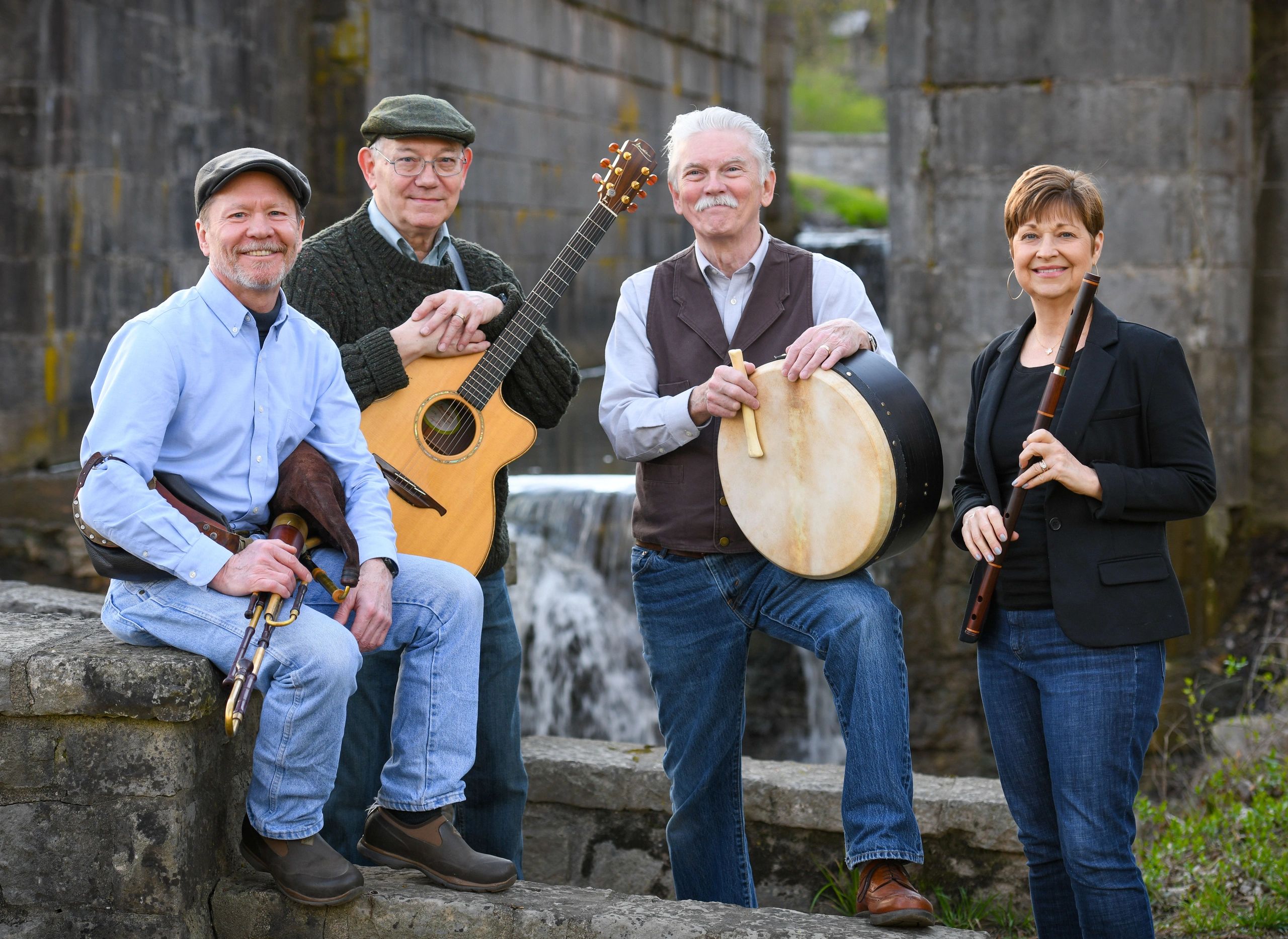 Instrumental music arising from the historic traditions of the Emerald Isle brought into the 21st Century for your enjoyment.

Toraigh (pronounced "Tory") is an Irish Gaelic word that means "seek" or "search."

Toraigh represents the search for great times by bringing people together with the lively, toe-tapping, and heart-warming traditional music and dancing of Ireland.

Toraigh's repertoire draws on much of the dance music, airs and ballads of the 16th, 17th, 18th, 19th and 20th century traditions of Ireland and Scotland and other Gaelic lands. Dancers often perform with this group and those in the audience who can't resist the call are invited to dance, clap and sing along. Many of the tunes played by Toraigh are those often heard in traditional Irish music seisíuns (pronounced sessions). Seisíuns are informal gatherings of musicians in a pub, a home or a coffee house. These events are primarily for the enjoyment of the musicians but listeners and dancers are also welcome. To those unfamiliar with the tradition, a seisíun may sound and look like a jam session but the musicians are not actually improvising but instead playing tunes that they know in common from the set of over 10,000 tunes that have come down through the ages including jigs, reels, hornpipes, polkas, slip jigs, slides, airs and others.

The band consists of Bob Midden and Kathy Moss from Bowling Green, Chuck Boyer from Toledo, and Marty Brogan from Perrysburg, all in Ohio. At times, other musicians who are available at any given time have played with the group including Mary Dennis from Bowling Green, Brian Strong from Oregon, Ohio, Tom Barden and David Lymanstall from Toledo, Ohio, Cole Latimer now in South Bend, Indiana, Dave Reddick from Jenera, Ohio, Martin Koop from Tiffin, Ohio, Dan MacDonald from Cape Breton, Nova Scotia now in Toronto, Ontario, Rick Nelson from Westerville, Ohio, the late Bill Reeder of Fort Wayne, Indiana, Dave Hawkins from Cincinnati, Ohio, Peg O'Callan from Columbus, Ohio Mick Gilliam now in Boise, Idaho, Reina Calderon and Ed Marks from Bowling Green, Jack McMahon from Indianapolis, Indiana, Tom DelGreco from North Carolina, and others.

Where you can find us

Toraigh performs at festivals and celebrations, pubs and coffee houses, art museums, weddings and indeed, anywhere traditional Irish and Scottish music is appreciated. Some of the venues at which Toraigh has played include the Toledo Museum of Art, the Blarney Pub and Mickey Finn's Pub in Toledo, the Black Swamp Arts Festival in Bowling Green, Ohio, the Dubliner Pub in Cincinnati, the Dayton Celtic Festival, the Grand Rapids Rhythm on the River Summer Concert Series, the Fayette Opera House, the Newport Irish Heritage Festival in Kentucky, the Cincinnati Celtic Festival, the Tiffin-Seneca Heritage Festival, the Grand Rapids Apple Butter Festival, Bowling Green City Park Concert Series, Bowling Green State University Kobacker Hall with the BGSU Concert Band, Easy Street Cafe, the Toledo Hibernian's St. Patrick's Day Festival and many others. The band owns a complete professional sound system suitable for small to medium venues of up to 500 persons. Fees vary depending on location, expenses, attendance, and other factors but are usually in the $300-1000 range.

So you can know where and when you can hear us.